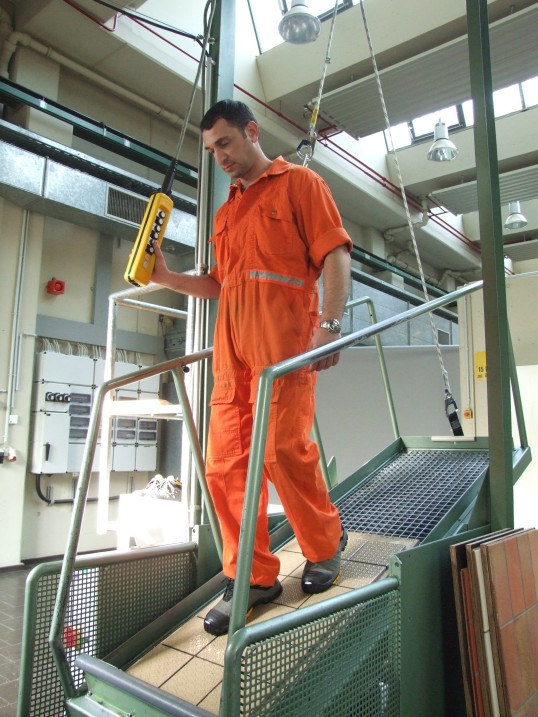 Testing of the slip resistance of floor coverings for areas walked on in footwear
Source: IFA

Tripping, slipping and falling are among the most common causes of accidents, accounting for around 20% of all reportable occupational accidents. The properties of the floor can be assumed to be the most important factor in the avoidance of slip accidents. A suitably selected and correctly installed floor may provide adequate slip resistance irrespective of the footwear worn, and even where the floor surface is soiled or wet. This is the aspect addressed by the IFA's "Slip resistance of floor coverings" test laboratory. The laboratory tests and evaluates floor coverings against the relevant standards and DGUV specifications.

The European standard DIN EN 16165 for determining the slip resistance of floors was published in December 2021. This standard replaces the following previously applicable German standards: 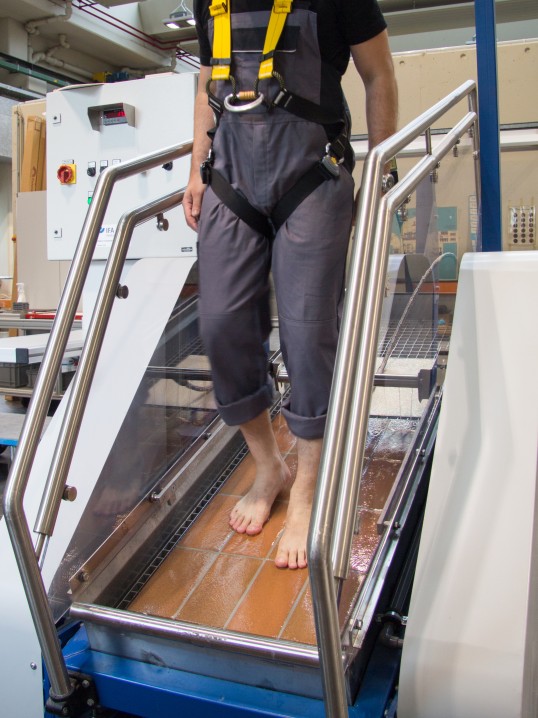 Testing of the slip resistance of floor coverings for areas walked upon barefoot
Source: IFA

The technical rule for workplaces ASR A1.5/1,2 specifies the requirements for the installation and operation of floors in workplaces. The evaluation is carried out according to DIN EN 16165 Annex B and Annex NB.2. Here, the floor coverings are assigned to the rating groups R9 to R13 based on their slip resistance. Floor coverings in rating group R9 have the lowest slip resistance properties, those in R13 the highest.

DGUV Informative Publication 207-006 formulates requirements in accordance with DIN EN 16165 Annex A and Annex NB.1 to be met by floor coverings in areas exposed to moisture that are walked upon barefoot, and ranks the surfaces in the rating groups A, B or C according to the associated risk of slipping. Rating group A indicates the lowest requirements for slip resistance, C the highest. 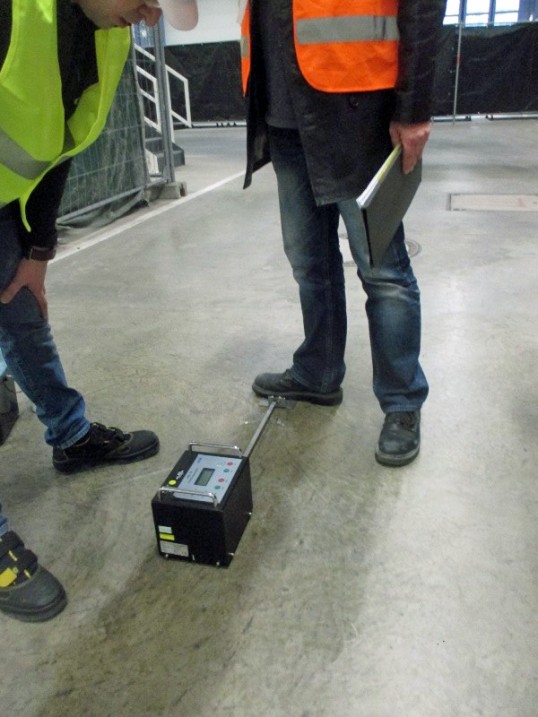 Measurement of the coefficient of dynamic friction
Source: IFA

DGUV Informative Publication 208-041 assists in evaluation of the risk of slipping under workplace conditions: the floor coverings are tested in accordance with DIN EN 16165 Annex D and their slip resistance evaluated by reference to the coefficient of dynamic friction.

The IFA test laboratory's services include:

The tests can take the form of orientation tests or of type examinations with issue of a DGUV test certificate.

Commissioning of the performance of tests

Answers to frequently asked questions about the new European standard DIN EN 16165 can be found in our FAQ.

List of tested and approved floor coverings (in German only)